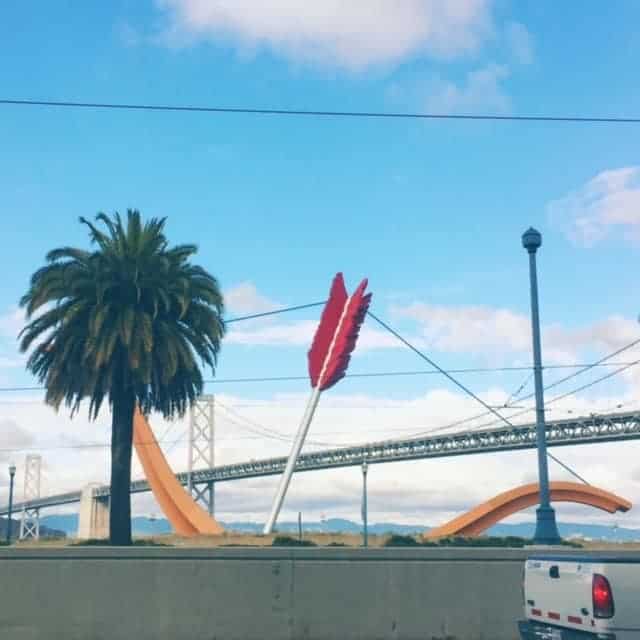 Can I just say that I’m actually really sad about Prince dying? Most celebrities I’m pretty indifferent to. If someone dies, I usually think, “hmmm. That’s sad.” But, when I heard Prince died I thought, “Nooooooooooo!!!!!!!!” I’ve long stated that seeing Prince in concert was the best show of my life. Val and I saw him in 2005 or 2006 or something like that and we were in the third to last row of a huge stadium. Every single person in that arena was on their feet the ENTIRE show, dancing and singing along. The best part was that it seemed to me like Prince himself was having a blast, smiling, interacting with the crowd, and truly being there in that moment. It was unlike any concert I’ve ever been to, and I have a lot of respect for an artist that can continue to enjoy their creative path long after it has become their job. He will be missed.

I digress. Here’s what’s been going on in O-town this week.

1. I carpooled with some people from work to an event in San Francisco this week, and got a personalized tour of the city. I’ve driven over the bridge a couple of times so far, but it’s a whole new perspective when someone else is driving so you can really look around while they explain to you where and what everything is. I’m still a city hater, not just San Francisco, but all cities (I hate crowds and congestion), but it is nice to have such an interesting and diverse place to explore nearby for those times when I do get the hankering for some hustle and bustle.

2. I scored a huge bouquet of lilacs from Whole Foods this week. I grew up with a lilac bush in our backyard, and they are still one of my favorite flowers. It’s not often you can buy them at the store, so I always jump on the chance when I get it. Our house has been sweet smelling all week long.

3. I finally got around to going to Berkeley Bowl, a well known grocery store around here. O.M.G this was the most amazing store I have ever been to! One of my favorite things to do is buy unknown ingredients and try to figure out what to make with them. The sheer amount of wacky, ethnic and unusual ingredients available at Berkeley Bowl should keep me entertained for years. The very best part is that I finally found a place that sells green papayas, which are used to make this Thai salad that I love. I’ve never been able to make it at home before, but now I can. So Great!

So yeah, pretty mundane week for me, but that’s the way it goes. Feeling motivated and organized heading into the weekend and the next few weeks. There’s still so much to do around our house, plus I have to start planning a housewarming party!