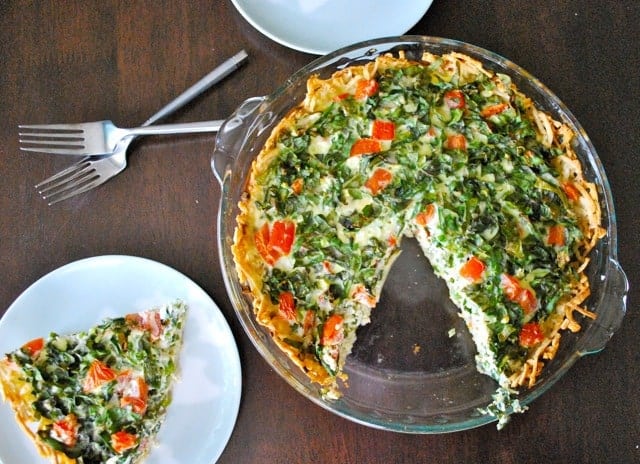 Holy hell, I cannot believe I have not thought of this before! Pure genius! I’ve been trying to figure out what to do with the half bag of frozen hash browns I had in my freezer forever now. I was googling “what to make with frozen hashbrowns” and came across this recipe. Being a total quiche addict, I knew that my life was about to change. 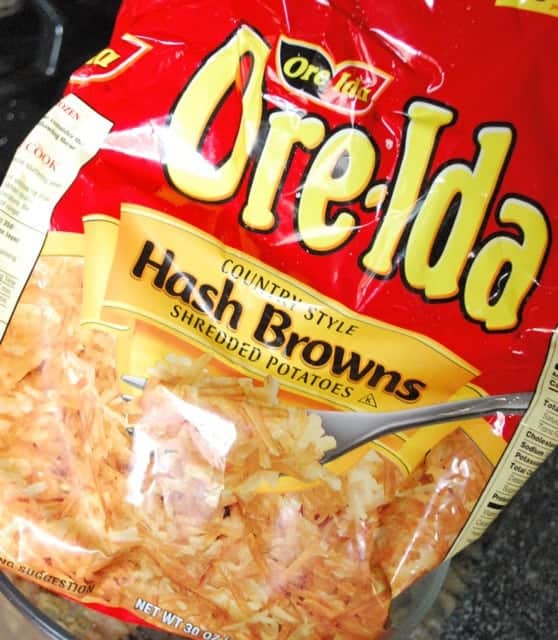 Maybe I’ve mentioned before that potatoes are my favorite food. Preferably mashed, but potatoes in any form are my BFF. I’ve always found frozen hash browns difficult and messy to cook so I don’t eat them too often, but this recipe changed the way I thought about them. To bake them into a crispy crust for my eggs is so much easier than messing around with hot oil and what not! I’m pleased to say I’ve welcomed hash browns back into my life indefinitely.

***Note: As a quiche fanatic, I know that you can put pretty much any meat/cheese/veggie combination into a quiche. For mine, I used rainbow chard, tomatoes, jalapeno, green onions and manchego cheese (all leftovers!) 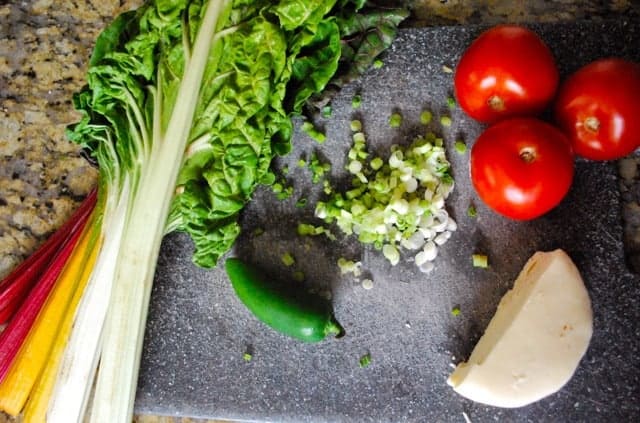 Preheat oven to 400 degrees. In a medium bowl, combine potatoes, 1/4 cup onion, green pepper, white pepper, and salt. Fold in 1 beaten egg. Spray a 9-inch pie plate with non-stick cooking spray. Pat potato mixture evenly into prepared pie plate to form a crust, building up sides to rim.Bake at 400 degrees for 25 to 30 minutes or until potatoes are golden brown. 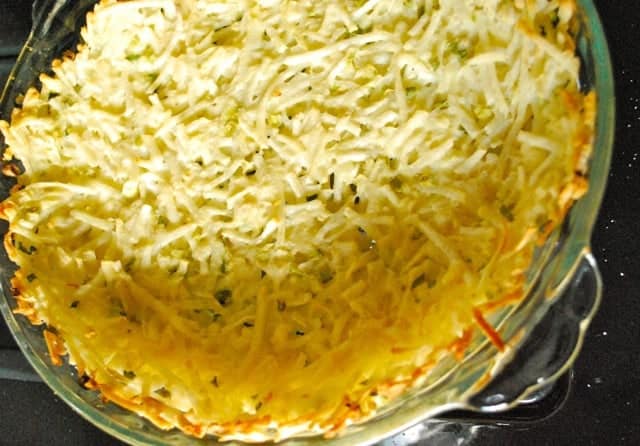 In a small bowl, combine milk, 4 eggs, mustard and pepper and mix well with wire whisk. Pour over ingredients in potato crust and sprinkle with Parmesan cheese.

Bake at 350 degrees for 30-35 minutes or until a knife inserted near center comes out clean. Let quiche stand 5 minutes before cutting. 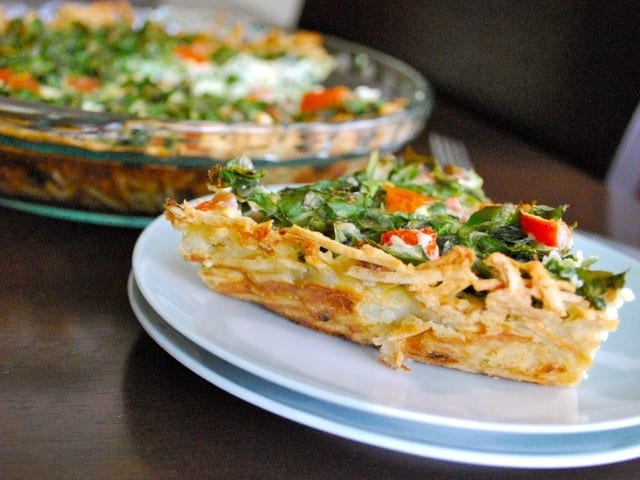