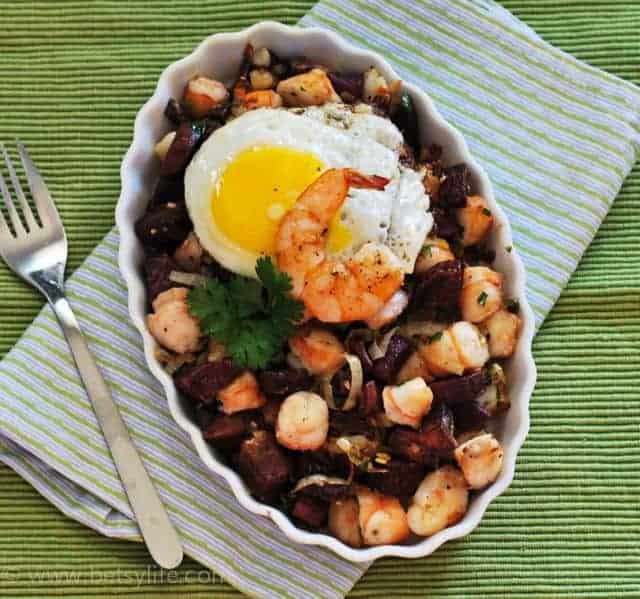 Another week, another empty fridge, another opportunity to make something out of random odds and ends. This week’s creation is shrimp and sweet potato hash.

A long stretch of traveling is in my future so grocery shopping is not high on my priority list. I already had my impulse buy shrimp that looked too good to pass up the last time I grocery shopped, a couple of purple sweet potatoes that were starting to sprout, and this Belgian leek that my friends at Melissa’s Produce sent me this week. Seriously Melissa’s, do you guys have a hidden camera in my house somewhere that tells you when I’m short of ingredients when I’m trying to make dinner? It seems like produce shows up here at the MOST opportune times. 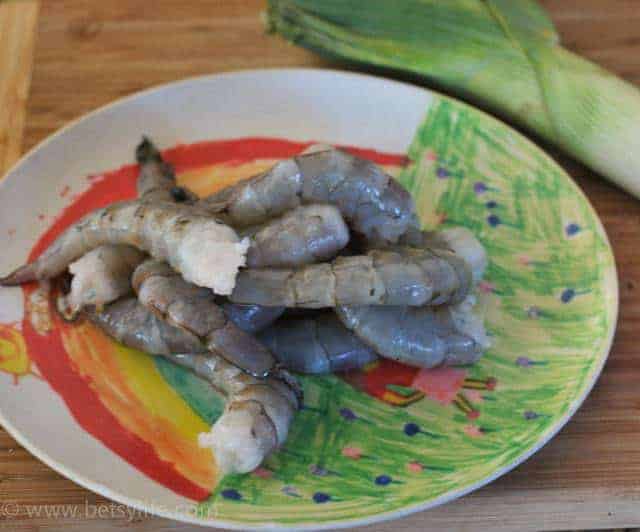 One of my garden successes this year are my peppers. I have a whole bed of poblano, serrano and jalapeño plants just bursting with peppers. However, this is the only part of my garden that is not fenced in and Olive seems to think that these peppers are toys. She’s constantly snatching them off the plants, and carrying them around with her. I keep thinking one day she’ll eat one and learn her lesson, but no, she just tosses them around and bats them all over the yard like a ball.

I found a few ripe ones laying on the ground, so I washed them off, chopped them up, and tossed them in this hash to add a little zip! 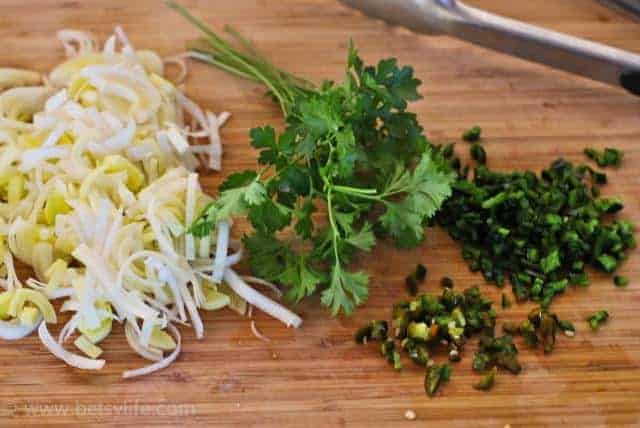 Well the shrimp and sweet potato hash turned out great and The Haley’s live to eat another day. If you’re ever short on ingredients and need to whip up a quick dinner, I highly recommend hash. The formula is pretty simple

If you want to get more specific, the recipe for shrimp and sweet potato hash is below! 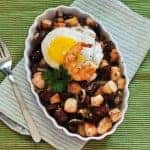 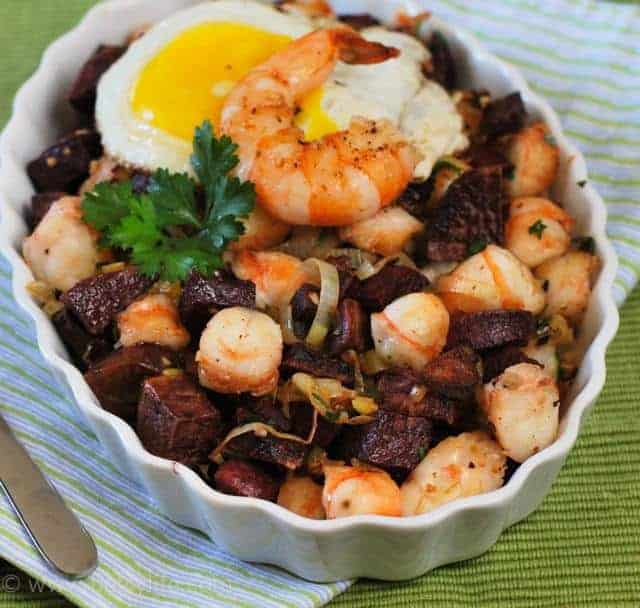