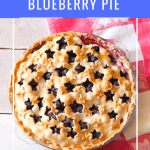 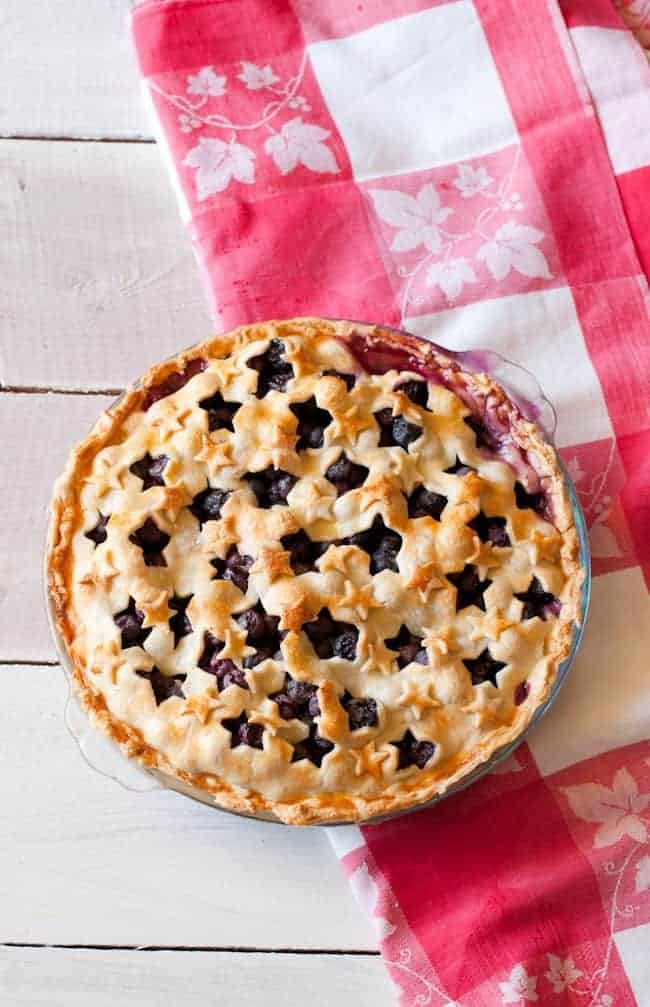 As far as I can remember, there hasn’t been a single summer that has passed without me enjoying at least one homemade blueberry pie. I was raised on this pie and it’s ingrained in my soul.

I’ve written about my history with blueberry pie before, and it’s still one of my favorite foods of all time.

It’s also one of the few recipes that was passed down to me from my Grandma. 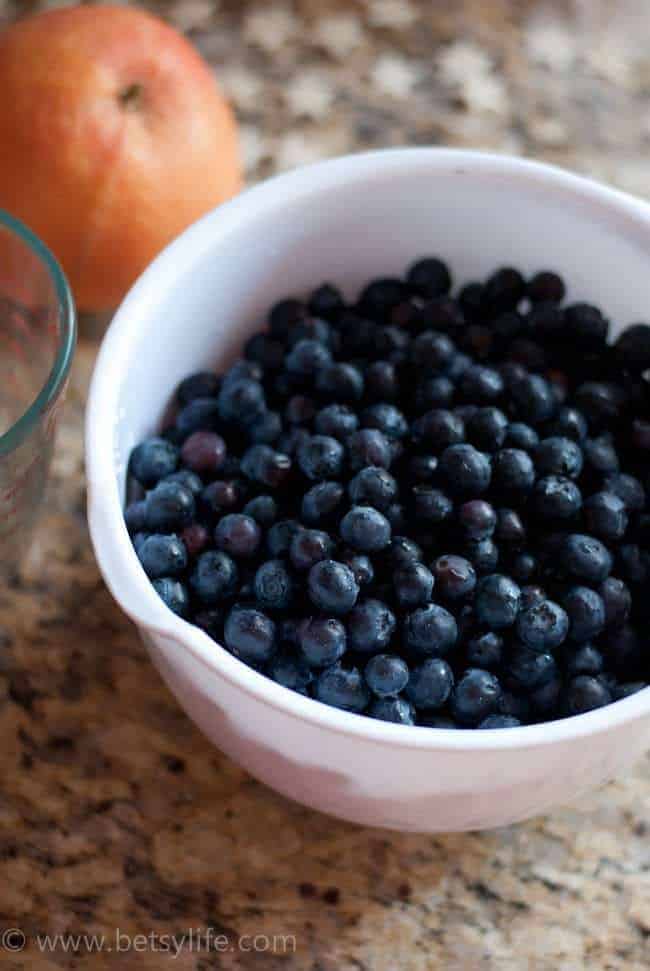 The women in my life never put much emphasis on cooking. While there was always a hot meal on the table, my mom and grandma’s energies always leaned more towards outdoor activities.

As a girl it was a great way to grow up, but it also left a lot to be desired in the “family recipe” area.

I never thought much of this until I married The Hubs who is from the deep south. His mother is bursting with hand me down, foolproof recipes that she can make from memory.

As I hope to learn all of my mother in law’s family recipes one day, I already have one memorized from my side of the family. 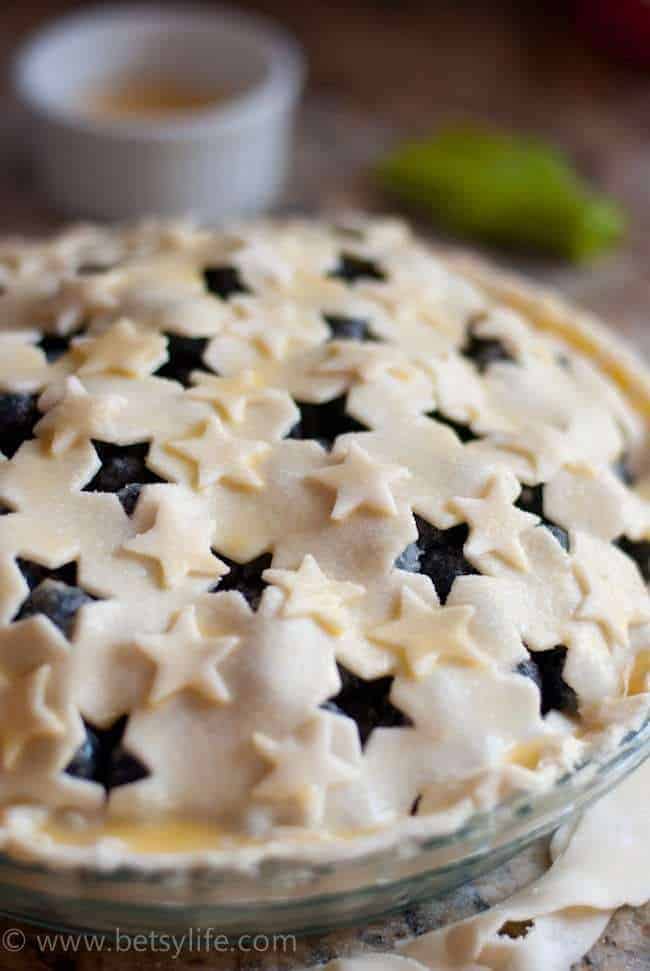 Here’s a little secret though, even the best blueberry pie can stand some adjusting occasionally. For this particular pie, I switched out the lemon juice and zest that my classic recipe calls for with grapefruit zest and juice.

It gave this pie an awesome tanginess that no one could exactly put their finger on. 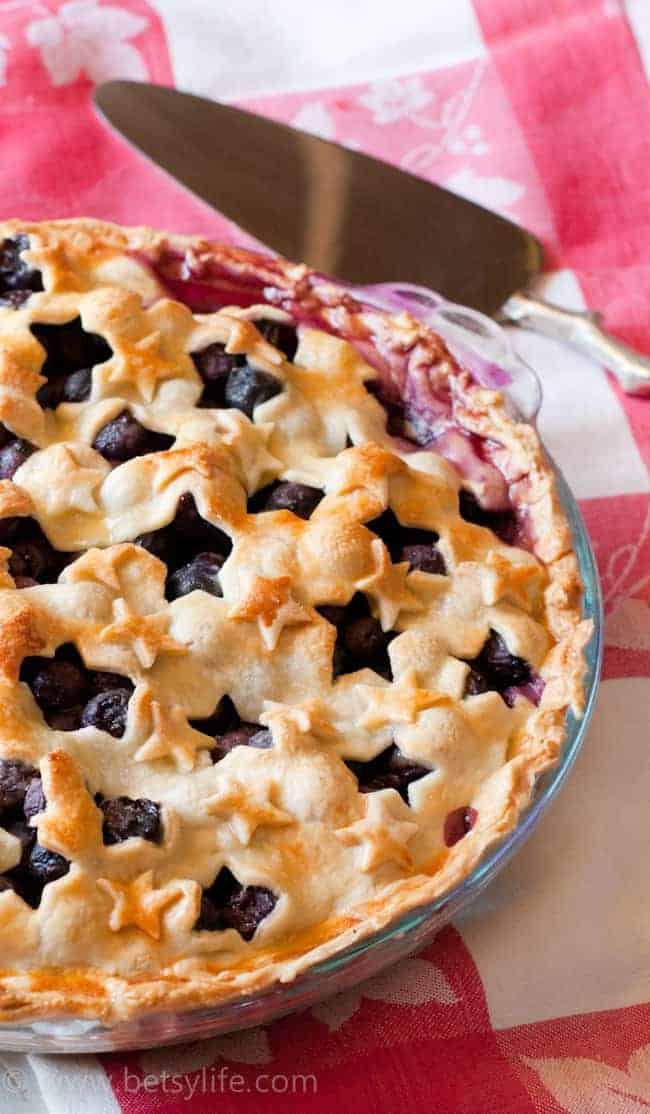 I also made this crazy adorable star crust in lieu of my usual full double crust. 4th of July recipe inspiration was on my mind with the holiday coming up, so I went a little festive.

There are 2 things I will NEVER change from my grandma’s recipe.

The first is using shortening for the dough.

The second is brushing the top with an egg wash and sprinkling it with sugar before baking. It makes for the perfect golden brown crust.

I was sure to save a piece for my brother who also lives for blueberry pie in the summers just like me. 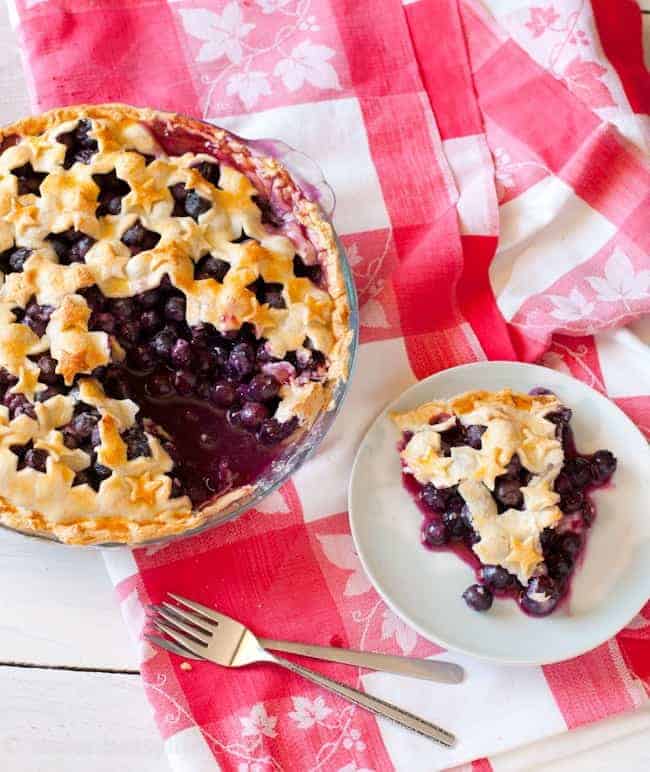