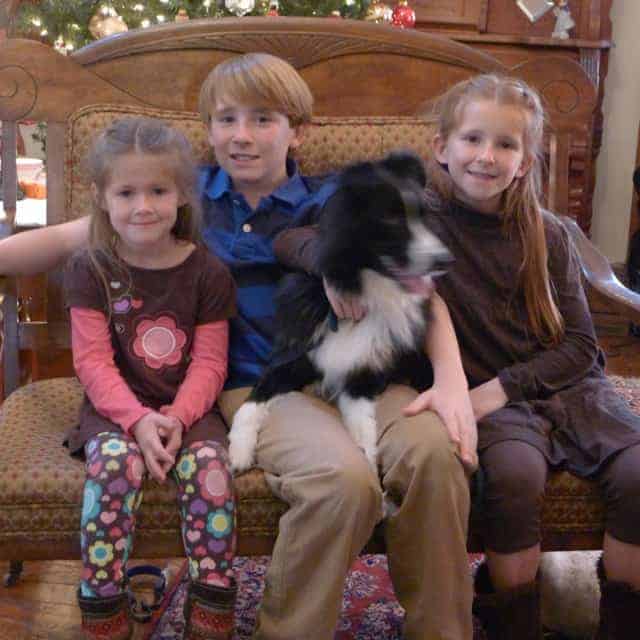 I wanted to share with everyone a little glimpse of my trip to Alabama last weekend. It had been several years since we’ve been there to visit the in-laws and a lot has changed. My sister and brother in law built a new house, have a new dog, the kids are growing up, and have all sorts of new interests. Some things are the same. My mother and father in-law’s B&B is still as cozy and beautiful as ever, and the food is still to die for!

We spent Friday night at the high school football game, which was a total blast from the past for me (former high school cheerleader)! My nephew, Christian, is only 13, but his school allows the younger students to join the marching band, which Christian has done. The band was awesome, and the football team won their playoff game. Despite freezing my ass off in 40 degree weather, we had a great time.

Hubs and I in (literally) all the “winter” clothes we own 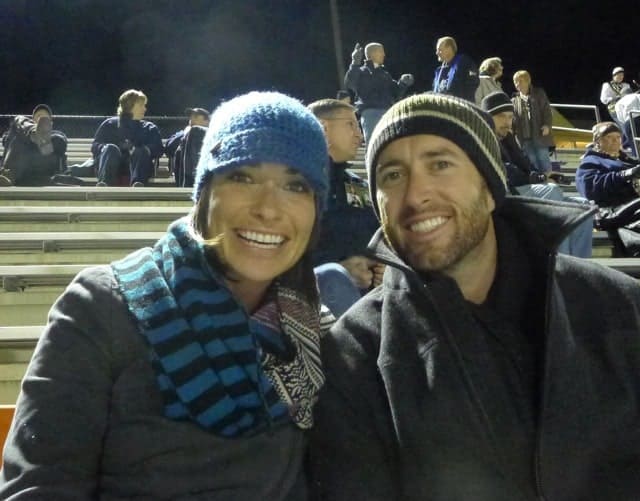 Niece Campbell was bundled too 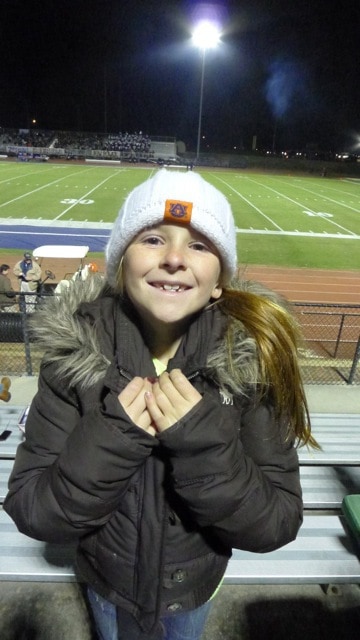 The rest of the weekend was spent decorating the B&B for Christmas, having “Thanksgiving”, and playing Just Dance 3 with the kids. Every age is a new adventure with these three (and the other 4, plus 2 on the way on my side of the family!)

Putting up the tree in the entrance 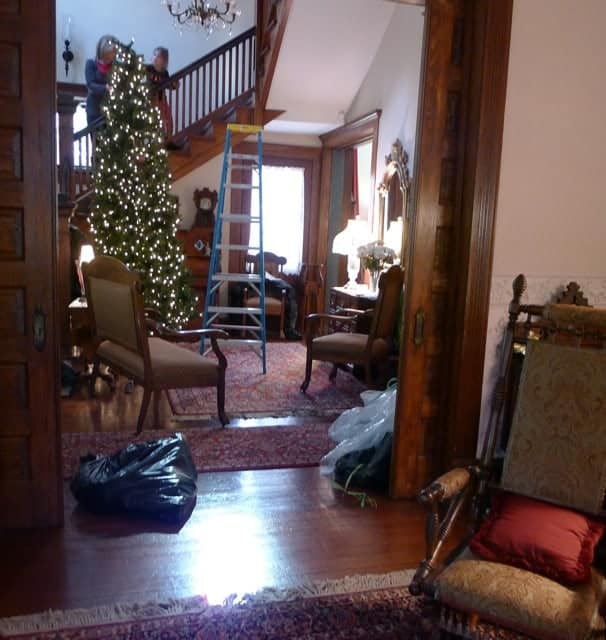 Jenny and Berkeley helping out 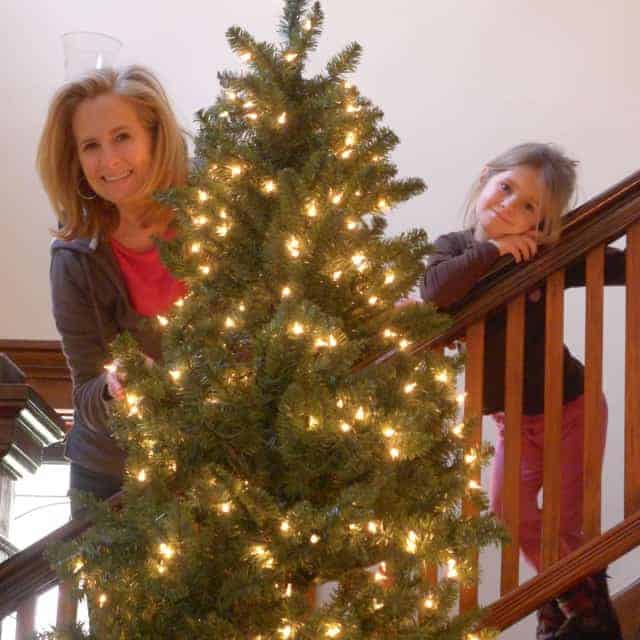 Grandma and the girls 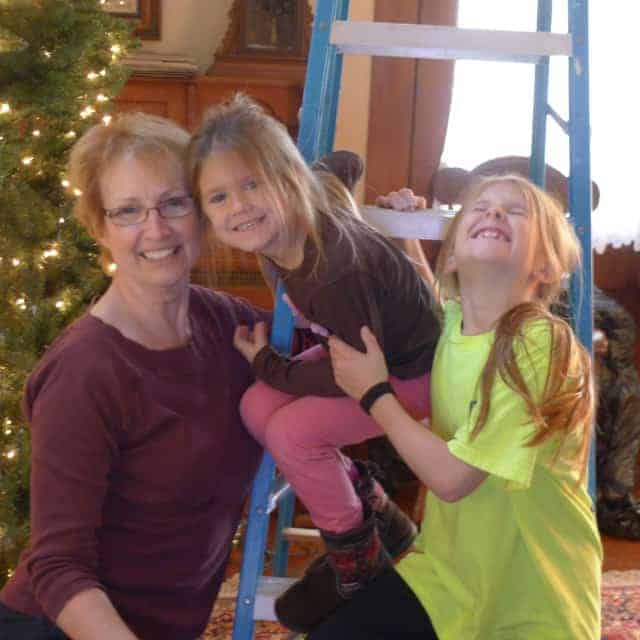 Everything my mother in law makes looks like it came straight from the cover of Southern Living magazine. I don’t know how she does it! Pure perfection! 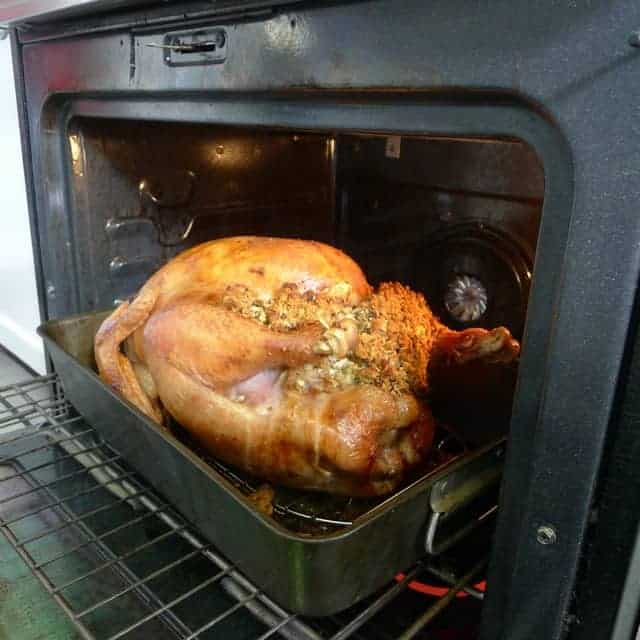 After the tree, we made a gingerbread house! Fun and messy! 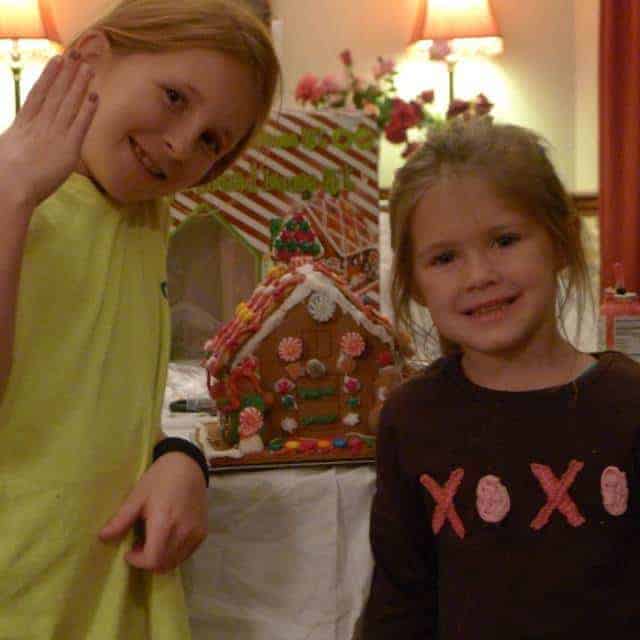 Check out Campbell’s “Little red headed girl” by the front door! So cute! 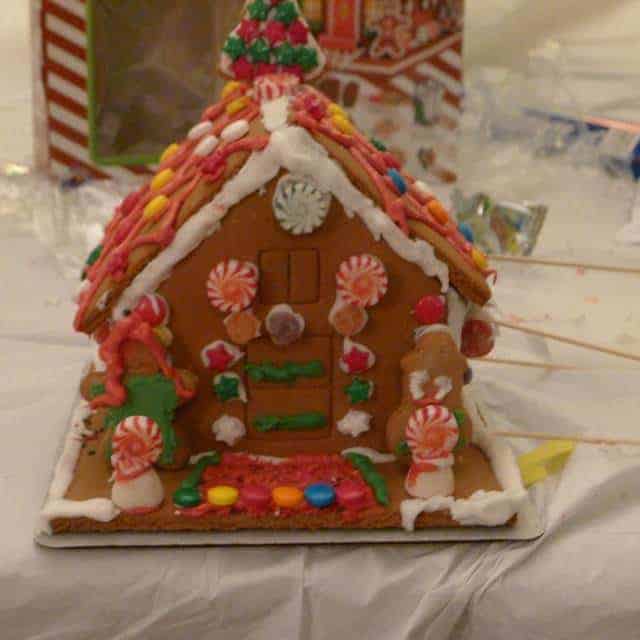 A little coloring with Berkeley 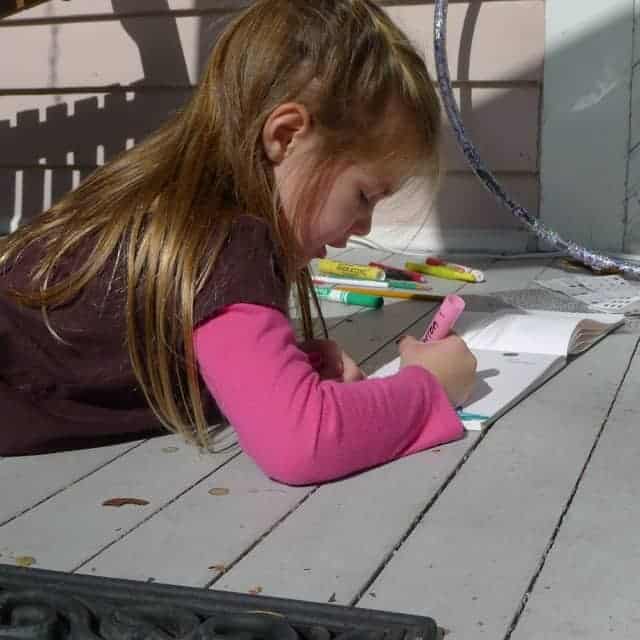 Although I love catching up with the fam, I’m super happy to be back in sunny SoCal, and am very much looking forward to Thanksgiving next week! I’m dying to know what everyone has planned for their holiday menus. Do tell!