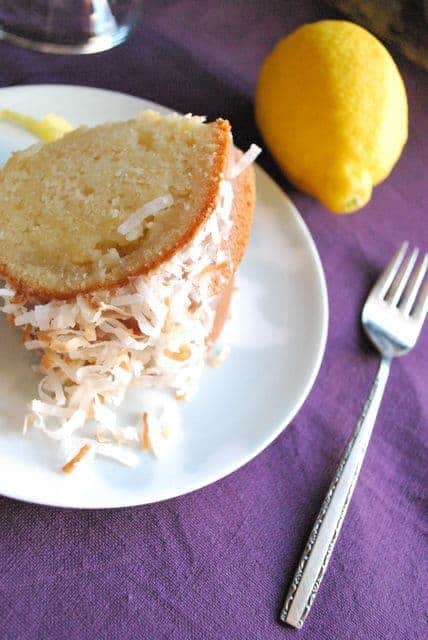 I saved my personal favorite for last. Everyone knows I’m a sucker for the tropical flavors of lemon and coconut. This cake became a real challenge since I planned poorly and didn’t have all the right ingredients. Most of the lemon coconut cake recipes I read called for coconut milk. Vons was completely sold out, and I was too lazy to go to Henry’s when it was raining so I figured I would “work it out” somehow. Also, I really wanted to do a frosting instead of a glaze to differentiate between my key lime bundt cake.  This would have been a great idea if I hadn’t run out of powdered sugar (again not wanting to go back out to the store in the rain) Sigh, life can be so difficult sometimes. 🙂

I decided to make the cake lemon by adding lemon extract and lemon zest to a traditional recipe instead of vanilla extract. Then, I scoured the internet to figure out how to make frosting without powdered sugar. There was a lot of info out there about making your own powdered sugar out of regular sugar, but that seemed pretty intense, and I was already feeling lazy. I came across THIS idea and decided to give it a try.

2 cups milk, 10 tablespoons flour, 2 3/4 cups granulated sugar, 1/8 teaspoon cream of tartar.
Set the burner to a medium flame and cook the milk and flour until it achieves a slow boil, stirring constantly until you achieve the consistency of pudding or custard and then chill. Combine the granulated sugar, shortening and vanilla in mixing bowl and beat until light and fluffy. Add the cooled flour and milk mixture and mix well.

It actually worked out really well! I added 3/4 teaspoon of vanilla extract to give it some extra flavor. Now all my yummy lemon cake was missing was the coconut. I toasted some up in the oven and sprinkled it on top! Divine! In the future I would like to try to make some of the recipes I saw out there. Some have coconut cream in the MIDDLE of the lemon cake!!!!! (there are not enough exclamation points in the world to describe my excitement over that idea) This cake was still great nonetheless, and definitely my favorite of the 5 that I made. 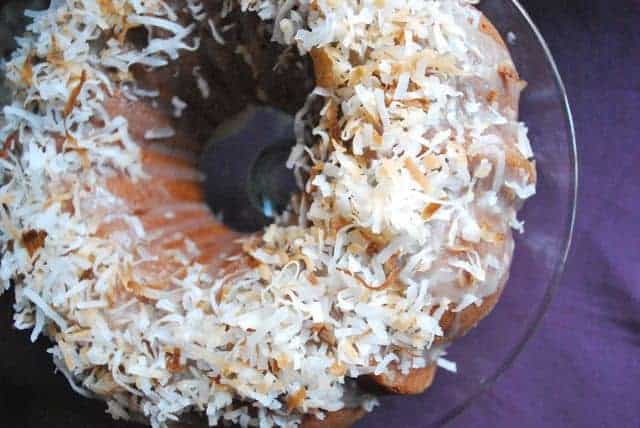 So that was fun right? This weekend I’m looking forward to FINALLY reorganizing my studio space, which has been buried in paperwork and other crap for months! I’m hoping that a clean and organized space will bring lots of inspiration this spring! Other than that, I really don’t have any plans this weekend. Sometimes that’s a good thing. Have a great weekend everyone! 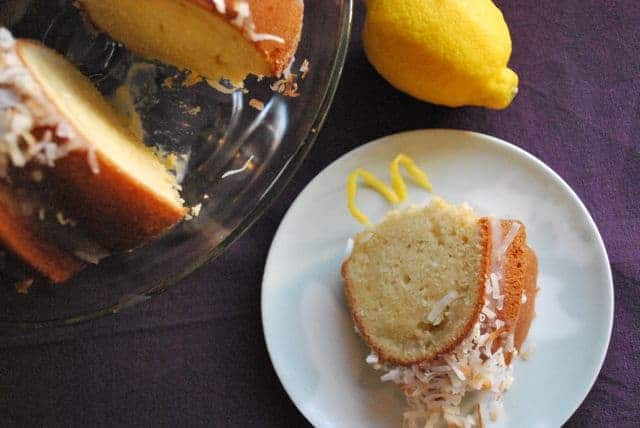