This post is sponsored all opinions are my own. Crock pot potato soup is the easiest way to warm up on a cold day! The addition of ham, veggies and black eyed peas make this a full meal! 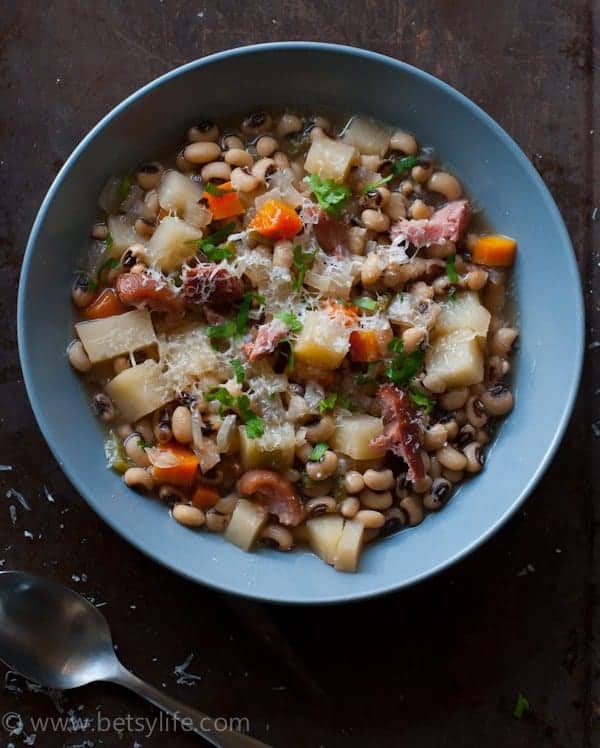 My slow cooker and I have had a tumultuous relationship for a while now. I’ve ranted before about how the only thing that a crock pot is good for is cooking whole slabs of meat, and stews.

Any time you add meat, veggies and a starch in the morning and leave for work, you tend to come home to a nasty, porridge-like mess.

That is, until now.

I’m going to go out on a limb here and say that this crock pot potato soup with ham and black eyed peas  is perhaps the best crock pot soup I’ve ever made. It fulfilled all my slow cooker set-it-and-forget-it wishes, and did not turn into a gluey blob. 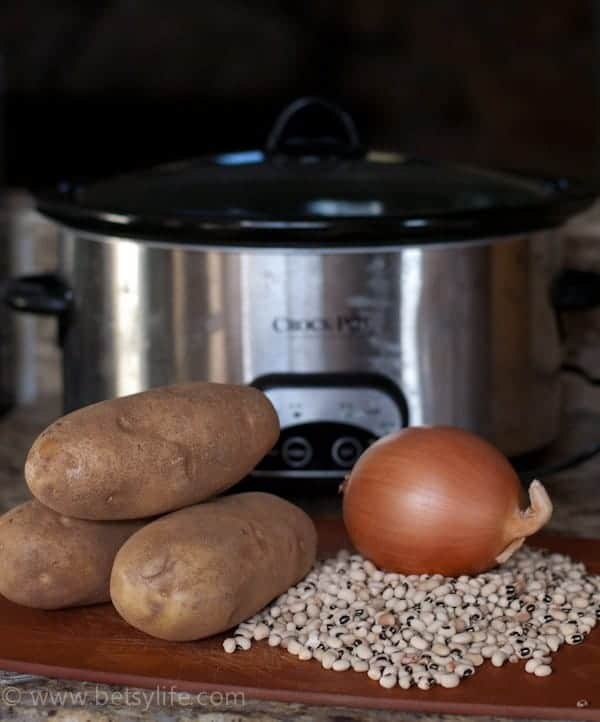 Potatoes are the secret weapon.

Who knew potatoes held up so well in a slow cooker? Also, dried black eyed peas are way easier to use than regular dried beans because you don’t have to soak them overnight (something I always tend to forget) in order for them to cook perfectly in a slow cooker.

Bonus: I got these peas in my CSA box which means they were locally grown and dried. Yay me!

I’m currently in the middle of a professional rain shower. I’ve always found that when it rains, it pours in the life of a freelancer, and I’m very happy that it’s pouring on me right now. However, this has resulted in several evenings of grilled cheese or cereal for dinner. Sorry Hubs.

This slow cooker ham soup was a welcome change from my other half-assed attempts at dinner. Plus, it actually fed us for 2 dinners and 2 lunches each…….and we didn’t get sick of it! That’s how good it is. 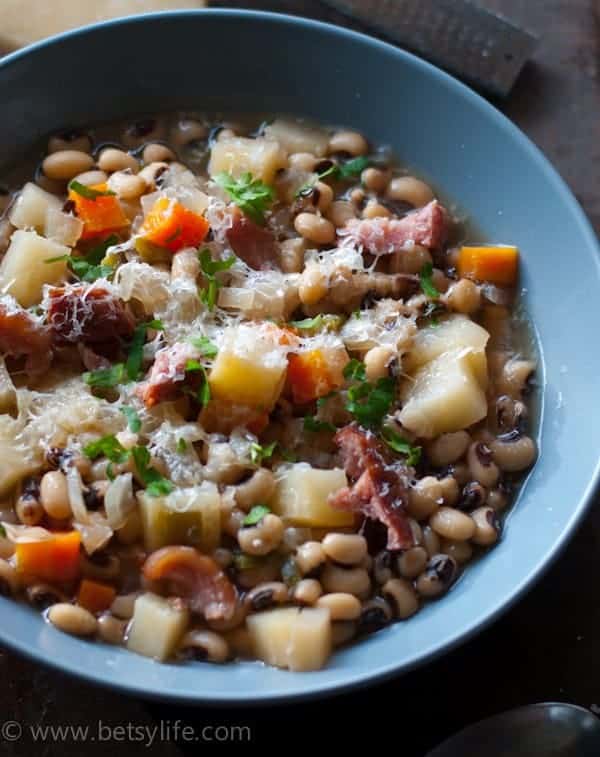 I’m super proud to have this awesome crock pot feast featured over on the Idaho® Potato Commission website.  Head on over to check it out along with tons of other great potato recipes. 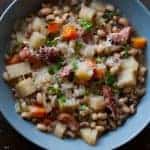 Crock pot potato soup is the easiest way to warm up on a cold day! The addition of ham, veggies and black eyed peas make this a full meal!