Potato, Bacon and Lobster Chowder is the perfect way to beat the winter blues. When it’s gray and cold outside, this savory and comforting soup recipe will warm you from the inside out. 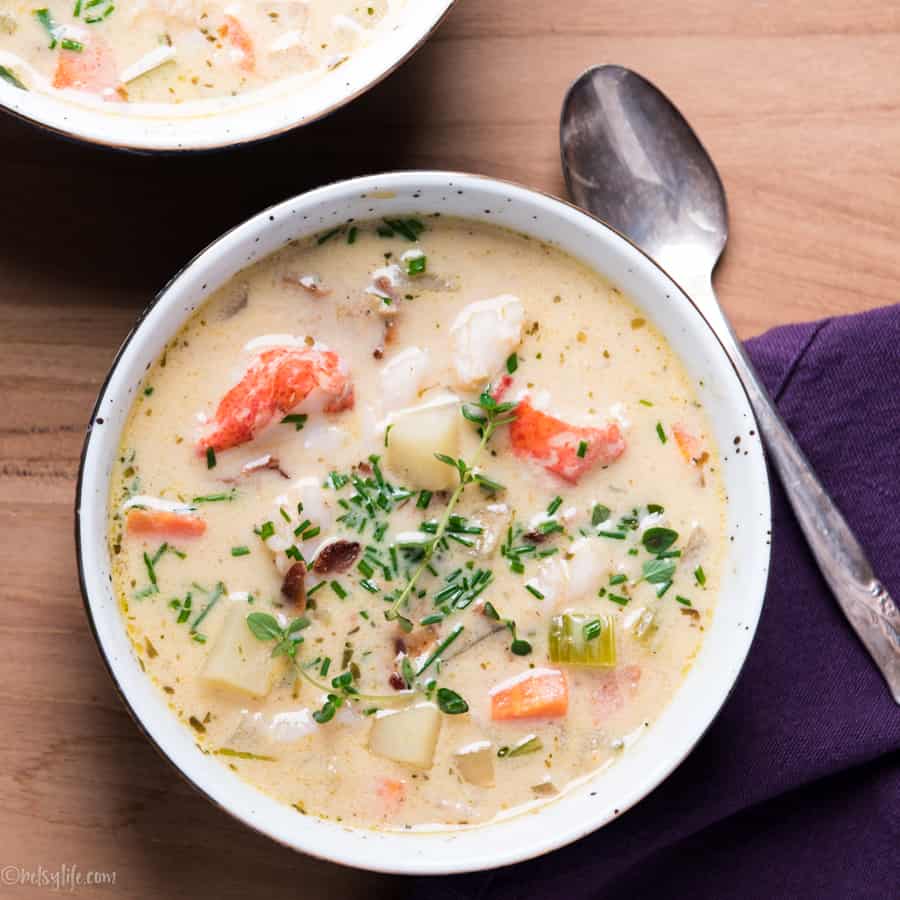 I thought that potato, bacon and lobster chowder sounded like a fancy, romantic meal to share with you all for valentines day.

In reality, I ate this alone while The Hubs was traveling.

It doesn’t make it any less delicious or romantic. It totally made me fall in love with myself. 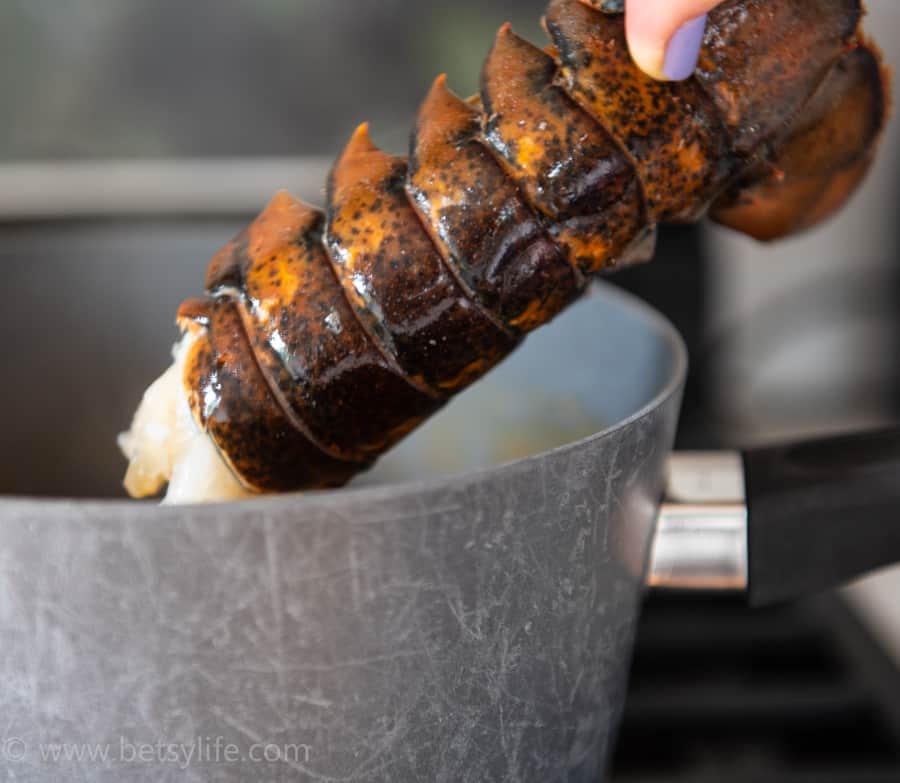 I’ve really been lagging on my soup making this winter. Usually I make at least one soup per week, but that hasn’t been the case this winter. I’m not really sure why.

It’s definitely been cold enough. Ok, maybe not as cold as the rest of the country, but plenty cold for Southern California. I guess I’ve just been focused on other things.

I’d better start now though, because spring starts in February around these parts! 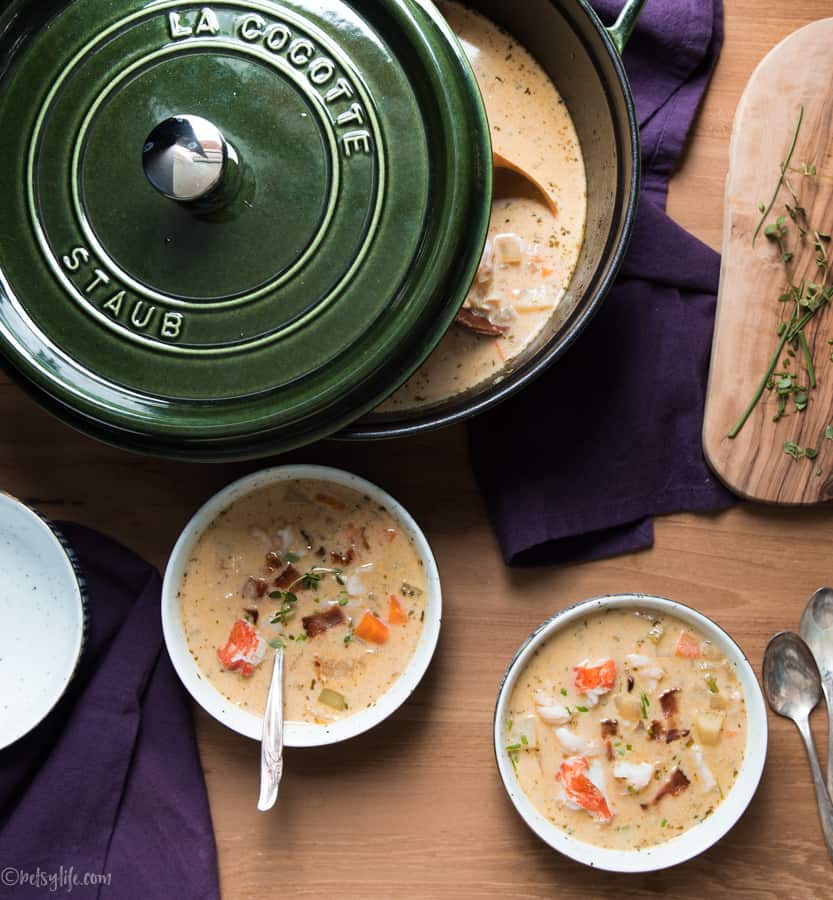 Don’t be intimidated by seafood. Lobster tails are very easy to cook and remove from the shell. A quick boil in a flavorful stock and a couple of snips with some kitchen shears, and you’re in fancy seafood business.

Maybe lobster tails aren’t something that fits into your budget each week. Same here. I like to watch for sales at my local grocery store, and then add this chowder to my menu when I can get a great discount. If that happens to be in the middle of the summer, so be it! I’ll eat soup any time of the year. 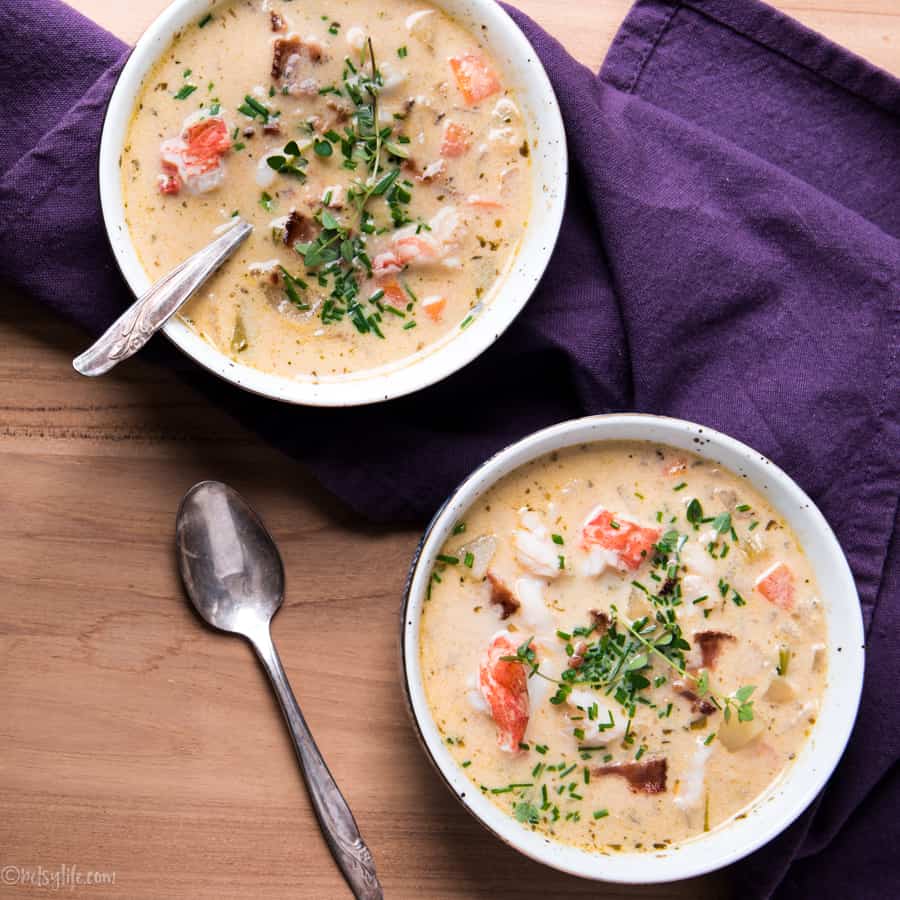 Happy Valentine’s Day to you all! The Hubs flies home today and we’ll probably eat Wendy’s for dinner or get tacos or something. We’re not big Valentiner’s around here. I would like to say that I love you all, and any chance I get to express my gratitude for all you wonderful readers I’m going to take it.

May your Valentine’s day be filled with joy and peace. XO 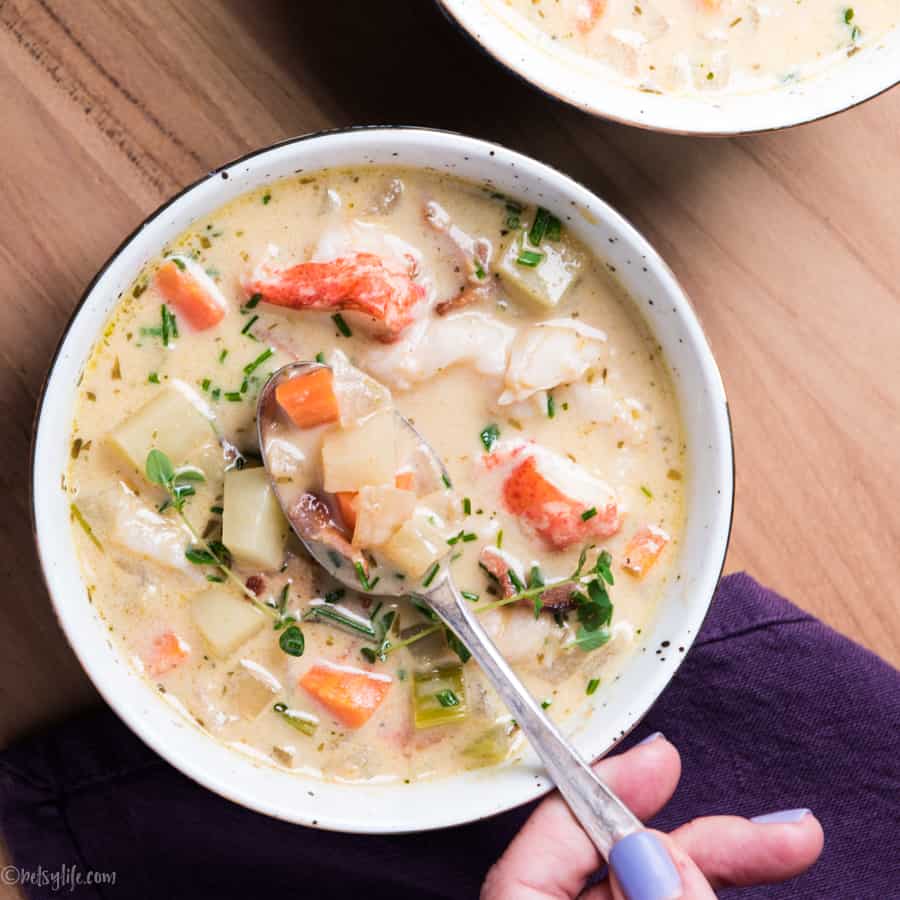 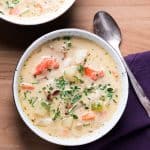 Potato, Bacon and Lobster Chowder is the perfect way to beat the winter blues. When it's gray and cold outside, this savory and comforting soup recipe will warm you from the inside out.