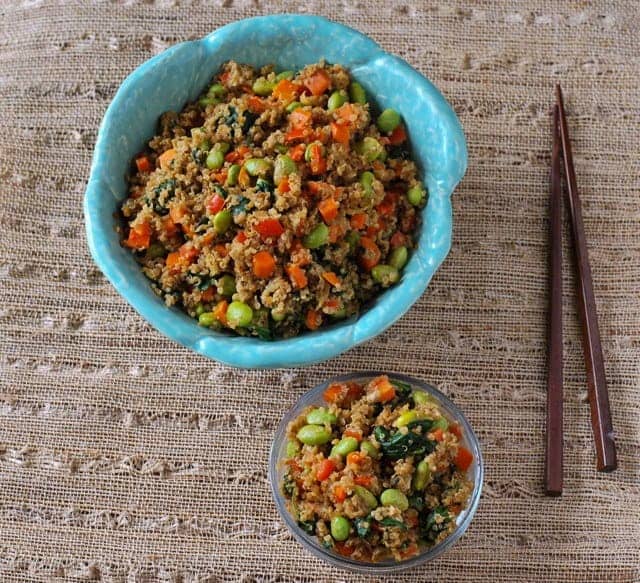 I’ve become a bit of a quinoa junkie. Never a big carb eater, I’ve found quinoa to be a perfect solution for me. It’s protein-ful, satisfying, and pretty much the most versatile thing ever to make. Once it hit the scene it quickly became my #1 ingredient of choice.

I’ve made it into bite sized appetizers a la buffalo wings , I’ve used it in curry, casseroles , and salads. I’ve turned it into vegan burgers, and even used it as a crust for a shepherds pie. Anything you would normally make with rice, I now make with quinoa.

For my next trick, I will follow that logic and turn quinoa into “fried rice”. 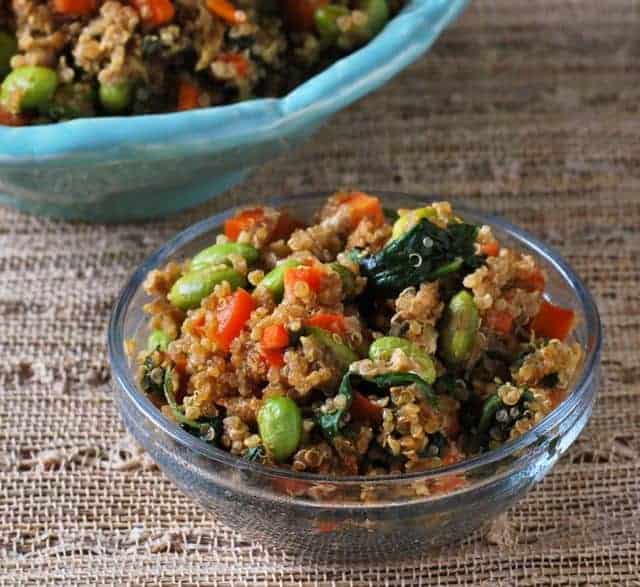 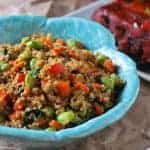 Fried Rice made with quinoa 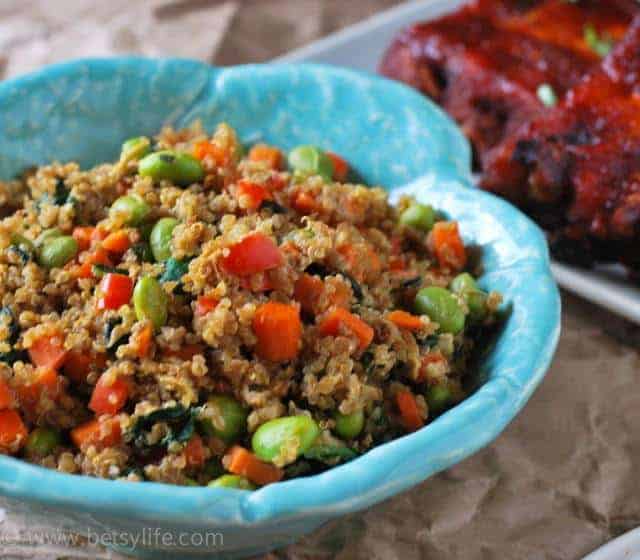