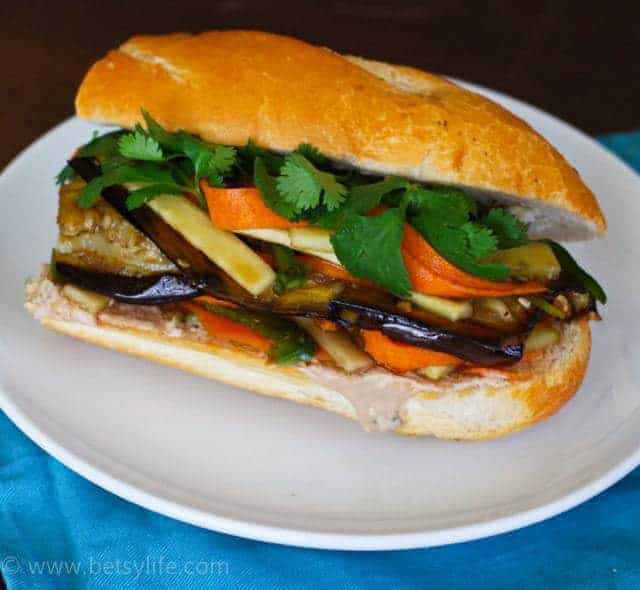 Bánh mì is so hot right now. I’m seeing it on menus and blogs across the country, so I thought I’d jump on the bandwagon and make my own version at home. Bánh mì is a Vietnamese sandwich generally made with pork, spicy chili sauce and pickled vegetables. For my sandwich, I was inspired by THIS recipe, and opted to forgo the meat for roasted eggplant.

Roasted eggplant is one of my all time favorite sandwich ingredients. Its meaty enough to ensure your sandwich is satisfying, and pairs great with all kinds of cheeses and condiments. 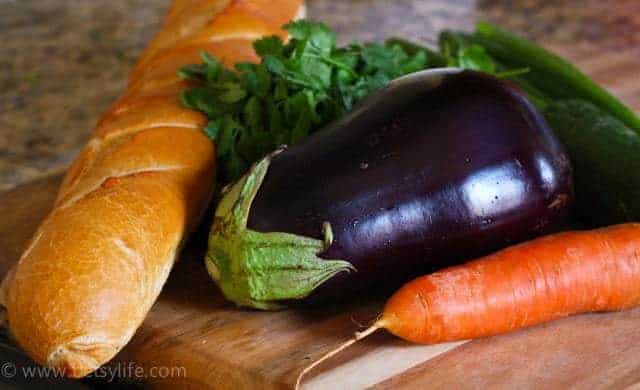 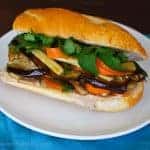 This isn’t my first trip around the eggplant sandwich block. If you love roasted eggplant like me, or are looking for some vegetarian sandwich options, be sure to check out these great recipes as well! 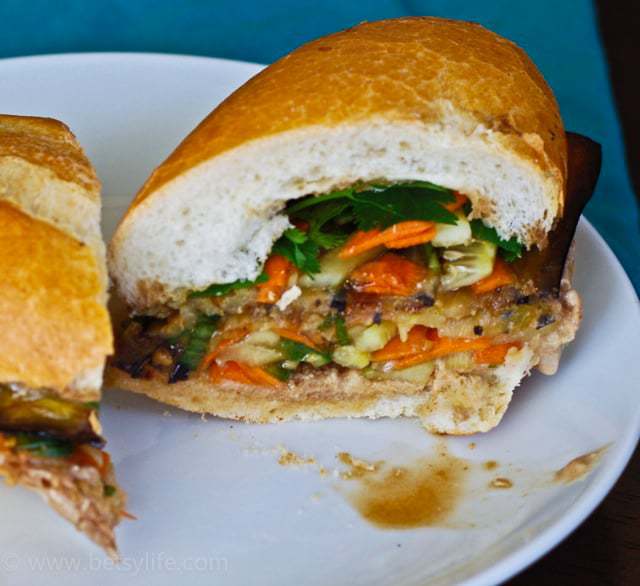 In other news, I ended up in Vegas this past weekend to surprise my baby brother for his 30th birthday. We had a blast, but I am now officially, OFFICIALLY brain dead (as if I wasn’t already after New York). I had one of the most fun months of my life, but I am so happy to be home for a while. I’ve got lots of juice, lots of vegetables, and lots of exercise on my horizon for the next few weeks. I may never be normal again, but it was totally worth it! I hope you all had a great holiday weekend. Anyone else love getting back into a routine like I do?