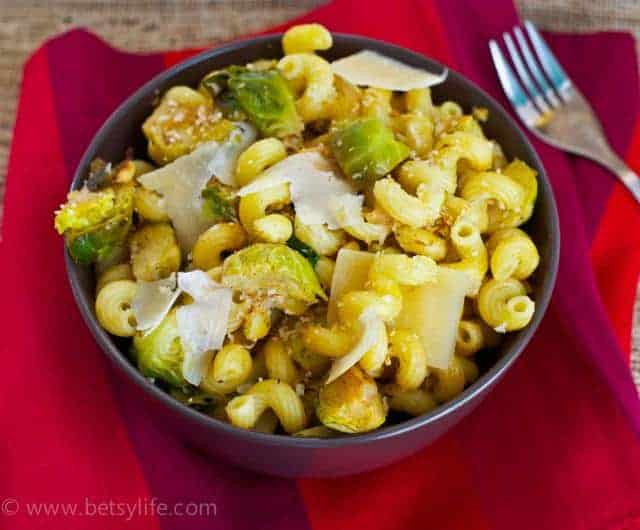 This vegetarian pasta recipe is a special post for my friend Gurpreet. She’s always been and awesome supporter of my blog and tries (and reports back) on a lot of the recipes I post. Yesterday she told me that she tried brussels sprouts for the first time in her life, and was still on the fence about them. Hey, good for you for trying something new Gurpreet! Generally, I’ll tell people, “just add bacon”, but Gurpreet is a vegetarian and I knew I’d have to give her another option.  Besides, adding bacon to new stuff is the easy way out anyway, and I love a challenge! 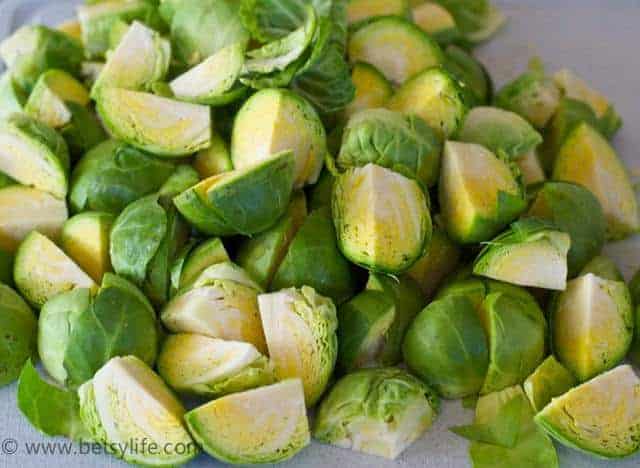 Enter this delicious, and simple vegetarian pasta with brussels sprouts. You still pan roast the brussels like Gurpreet did on her first attempt, but the addition of lemon, garlic, onion and cheese (cheese! The vegetarian’s version of “just add bacon”. Just add cheese!) will hopefully joosh it up enough to turn her into a fan! Let me know how it goes Gurpreet. I won’t rest until I’ve converted you! 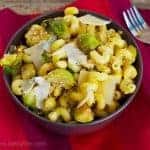 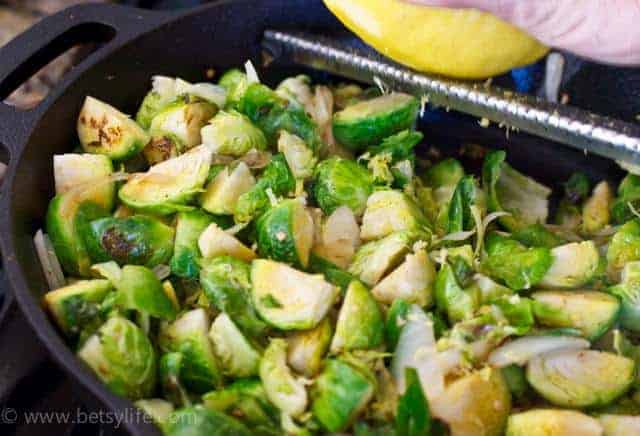 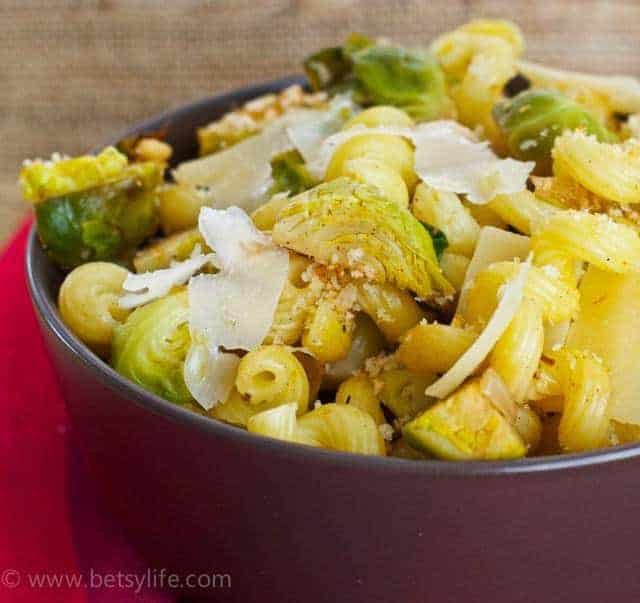 For more great brussels sprouts recipes, or to share one of your own, head over and check out our January round-up at Seasonal Potluck! There are lots of great options for you vegetarians over there as well.