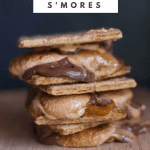 These pumpkin s’mores feature all the fall flavors of a classic pumpkin pie plus ooey gooey s’mores ingredients smooshed between two crispy graham crackers. Keep the flavors and fun of summertime s’mores going well into the fall. 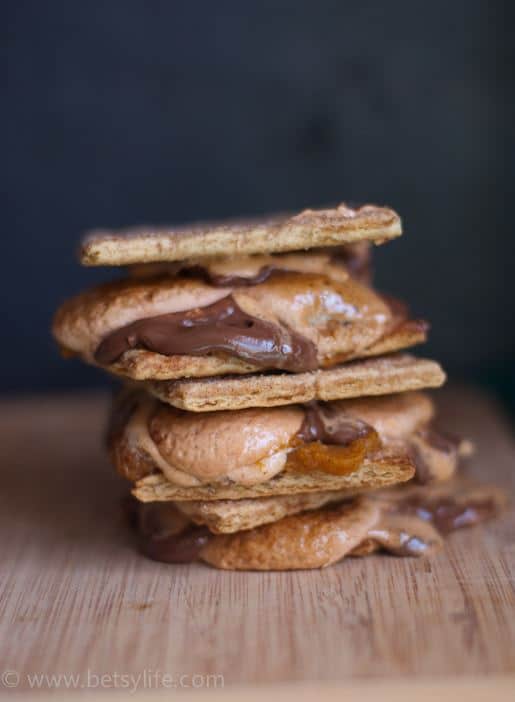 Presenting the Fun Month edition of 12 bloggers featuring all things pumpkin! Pumpkin pie, pumpkin spice, you name it, we’ve got you covered in our October pumpkin-palooza!!!

I know people are wild for pumpkin this time of year, but I have to say, it’s often hard for me to jump on the bandwagon living in San Diego. It often doesn’t feel like “fall” until late November around here, and by that time everyone has moved on to Christmas stuff.

I was pretty stoked when I was chosen to host this month’s theme because it gave me a chance to really get into the fall spirit.

My pumpkin recipe of choice are these pumpkin s’mores. I kind of get the best of both worlds with a fall twist on a classic summer dessert.

For the most part I eat pretty healthy, but it’s Fun Month so it’s time to indulge in things like pumpkin spice marshmallows! Did you even know such a thing existed?!?!? 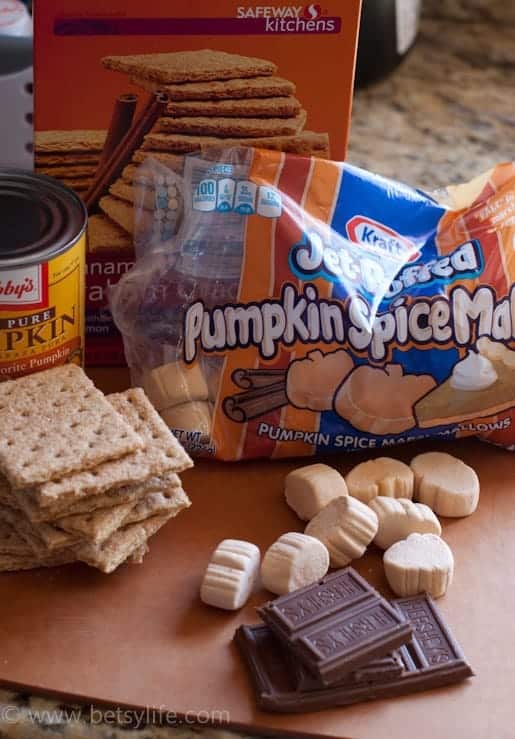 A little schmear of pumpkin pie filling on a couple of cinnamon grahams, some chocolate and a couple of toasty pumpkin spice marshmallows make for a darned good fall dessert.

If I had an entire slice of pumpkin pie I would have smashed that in there in place of the filling. Perhaps I’ll give that a try after Thanksgiving. 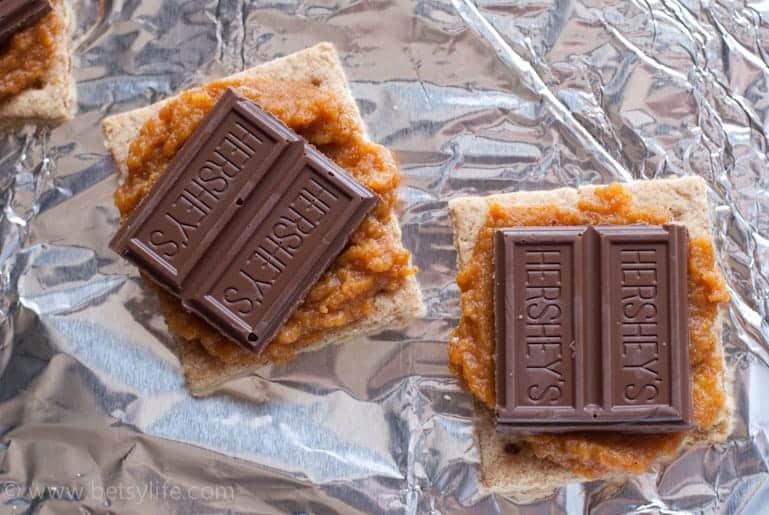 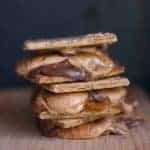 As per usual I don’t just have one fabulous pumpkin recipe for you, I’ve got TWELVE! Whoop! You guys have got to check out what my pumpkin partners in crime are creating this month as well. You’re going to love it! Be sure to click around and check them all out. 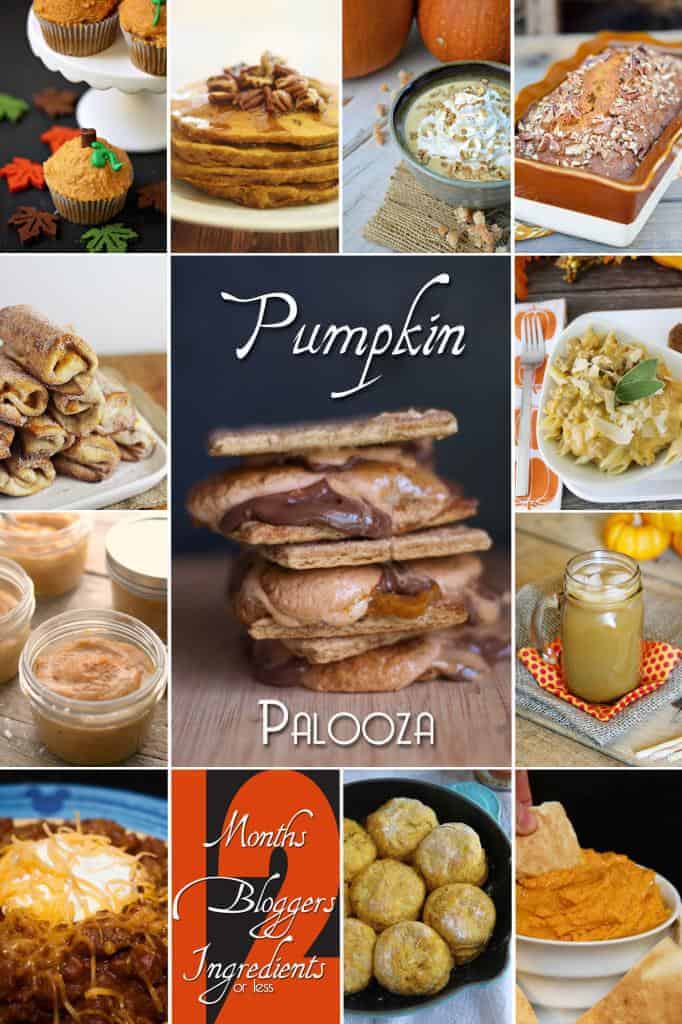